Now, there may be MeanMesa visitors in places like Viet Nam and Korea who have concluded that the old guy who writes these posts is simply a crazy old loon who sees conspiracies under every cup cake and light bulb.  Most recently, there is the matter of the troubling, endless ranting about what MeanMesa considers to be the corporate media fraud.
This being the case, it's high time for an example.  Once that baby's on the table, everyone can reassess their previous, overly critical, outrageously unfair "rush to judgement."

Ecch?  Ecch?  Are You My Daughter? 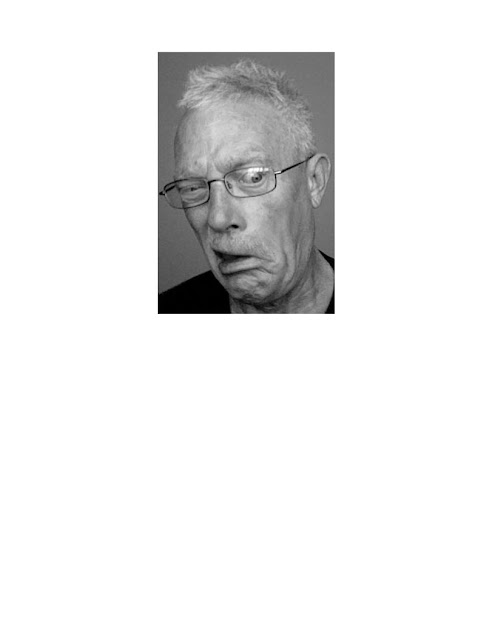 GET OFF MY LAWN, you whippersnappers!
After all, MeanMesa can hardly afford to simply "cozy up" to the dismal inevitability of being seen as nothing more than a staggering geezer who is "constantly spitting at crows no one else can see," a harsh metric indeed with respect to the "later in life" cogency of this blogging blabbermouth.
The Example
Here in Albuquerque, the high desert host to MeanMesa Galactic Command, a television news viewer enjoys roughly the same choices as most other Americans -- even the ones rich enough to effortlessly consume cable service costing $Three Digits$ per month.  For that "pretty penny" a viewer in Albuquerque can luxuriously tune himself into his favorite flavor of the corporate alphabet (ABC, NBC and CBS) networks' "news broadcasts."  If the networks who still make the effort of a pretense of objectivity prove too tedious, there is, of course, always FOX, the "Death of America If You Don't Believe What We Say" entertainment and fear carnival channel.

On especially troubling days, even the normally more reasonable PBS News Hour slips into the swamp.  The BBC is spared from this harsh critique primarily because either the Brits have too much sense to get caught up in the synthetic melodrama or they are simply uninterested, a palliative advantage available only to a well subsidized, socialist media from "across the pond."
As for the BBC, MeanMesa offers an adjustment to the well used phrase "our oceans no longer protect us."  That would be, "our oceans no longer protect them."
On the Monday following the historic health care reform bill's passage (that would be yesterday -- March 22, 2010 -- on MeanMesa's sundial...) in the House, The Dick Armey Freedom Works Lie Factory very predictably fired up his famous buses to import around a thousand grumbling, overweight "Tea Bag Patriots" from their trailer parks to the Capital for yet another episode of his  riveting "grass roots WE HATE HEALTH CARE" protests.
Aside from all the folksy home made signs, the bigots screamed the "N" word at a distinguished Black Congressman, spit on another one and called Representative Franks a faggot.  Oh yikes!  No one can accuse those pesky neo-cons of learning any table manners!
However, the news coverage almost completely ignored a crowd estimated at between ten to twenty thousand marching to encourage immigration reform, and that was just the crowd a few blocks away in Washington!


OOOPS!  They also neglected to cover the other thousands of immigration reform marchers in other cities all across the country.
Shouldn't we be insisting that the so-called media do a little better than that?
Is this really what we used to call Freedom of the Press?

Post Script Posting Correction:  The up to date estimates for the number of immigration reform supporters at the Washington DC rally has risen to around 200,000.  (MeanMesa, 24 March, 2010)