Every Friday evening, MeanMesa meets up with a group of acquaintances.  It's warm, not political and very refreshing.  However, just before we begin our weekly "get together," there are the inevitable moments where conservations can be a bit more, well, casual.
This most recent Friday was no exception.  Before any other of the others had arrived, MeanMesa found ourself alone with two cranky neo-cons of Biblical proportions.  Now, not to introduce any confusion, MeanMesa regards both of these two men highly and definitely counts them as close friends -- regardless of their politics.  Just to keep things a wee bit more dynamic, MeanMesa was proudly sporting a wonderful tee shirt -- bought at a local thrift store -- with the following printed very legibly on its front:  "Proud to be a Bernallilo County Democrat."  (Albuquerque is in Bernallilo County, New Mexico.)
The "focal points" of the ensuing argument may be of interest here.
Neo-con number one "broke the ice" with a "talking point" crack about the recently passed health care insurance reform bill.  "Why don't all those people just get a job and buy their own health insurance."  Of course, there were the predictable MeanMesa punctuated repartees.  The remainder of that short snippet of debate would only make this post even longer.
However, literally nanoseconds after that first salvo had been handled, neo-con number two launched his own attack.  "I saw a woman at WalMart using her food stamp card for groceries while her two kids were playing with their cell phones in the check out line."  Once again, MeanMesa responded with an inflammatory "So what?"
However cute those brief interchanges might be, the point lies somewhat afield from the  precise words spoken.  Each of my neo-con friends, once having said his corresponding lines, sincerely believed that he had presented an overwhelming argument in favor of his position, whatever that might have been.
The question arising in the geriatric mind of MeanMesa was "How do these otherwise relatively reasonable folks slip into such a state of failed logic?"

By the way, both neo-con number one and neo-con number two enjoy Medicare health insurance coverage.  MeanMesa's IQ dropped about five points as a result of the conversation.

If this posting has "two anchors," this unsettling anecdote is one of them.
Next, MeanMesa reflects on the equally unsettling emails which came rolling in after our last post about ABC News, Rupert Murdoch and Disney Land.  If you haven't had a chance to read it, feel free to do that now, but come back for the rest of this one.
A MeanMesa "Quickie" - How To Create Truth Without Really Trying
Those surprising emails, almost to a letter, suggested that, perhaps, MeanMesa had been, shall we say, a tad bit "over caustic" in our criticism of the shell game being played out by the networks, particularly ABC, and, even more particularly, ABC News.
Caught completely off guard at the prospect of even possibly having irritated a few MeanMesa visitors, there was no alternative but to carefully re-examine the, uh, evidence.  And, in fact, it will be precisely the results of that re-examination which will, hopefully, present the second of the two anchors mentioned earlier.
MeanMesa, always cordial and respectful almost to a flaw, sat and watched every word of tonight's ABC News, looking for possible mistakes we had made in our terribly biased and unfair first estimate.
So, here's the "news" from ABC News, April 11, 2010, Channel 7, KOAT, Albuquerque.  By the numbers...  And, since this might be a 21st Century version of what they called "yellow journalism" in the distant past, well,

1. President Obama is meeting with his Russian counterpart to sign an extension to the START treaty concerning nuclear weapons.  The main focus of the negotiations (actually completed last Thursday...) was to take necessary cooperative measures to keep the nukes out of the hands of terrorists.
2. A story about the Kentucky woman who sent her adopted Russian son back to Russia because she couldn't handle his apparently severe behavior problems.  The Russians, never particularly famous for conditions in their orphanages, complained about the child abuse of having the unattended boy on an airliner for 10 hours.
3.  The same story from a Russian viewpoint was reported by the famously objective George Stephanopolous.  He plans to interview President Medvedev and report on the conversation on Good Morning America Monday.  George promised "more later.."
4. The "news" program inserted a "one liner" from Chuck Schumer complaining about the new "carry-on baggage fees" planned by some domestic air carriers.
5. A similar "one liner" announcing the passing of Dixie Carter, a star of the Designing Women series.
6. A humorous commercial from Allied Bank about an "egg management charge." 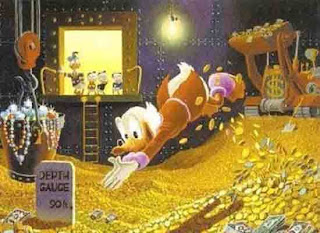