MeanMesa has watched with an uncomfortable fascination as the Congressional neo-cons sob and wail about all the failures of the Obama Presidency.  Frankly, The Ultra-Masculine, Patriotic High Commander of the, uh, Republican Party, Senator McChinless, has about another half dozen unchallenged, driveling interviews before my old television set simply becomes allergic to him.
The American People have spoken -- they don't want this bill (whatever it is).
The Stimulus didn't work.
Health Care will plunge the country into a Stalinist nightmare.
The Black Man caused the oil spill.

And, of course, the most favorite of all -- 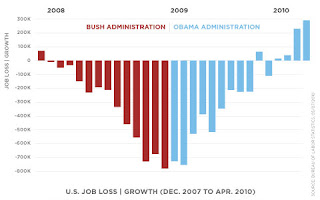