Part 2: Heinrich (D-NM) Weighs In on the Tax Bill

News From Washington to New Mexico
The following email  was sent to MeanMesa's Galactic Headquarters from our District 1 Congressman, Martin Heinrich.  It is presented here in its entirety for MeanMesa visitors who may not have received it otherwise.  Although MeanMesa is on record -- just barely -- in favor of passing the bill, Heinrich's comments are of value -- these are the words from the "horse's mouth."
Whether we agree or disagree with the prospect of "paying off" the neo-con thugs to maintain unemployment benefits for the next months, we can be somewhat reassured that our Representative is not taking the matter lightly.  This is the second of two such postings.  The first is from Senator Jeff Bingaman (D- NM) and is posted at Part 1: Why Bingaman (D-NM) Votes "No" on MeanMesa - Short Current Essays.
December 16, 2010
Dear MeanMesa,
Thank you for contacting me regarding federal spending, tax policy, and the national debt.  Like you I am concerned by the budget deficit and the national debt.
As I am sure you know, the gross federal debt now totals more than $13 trillion. Prior to World War II, the federal budget was in surplus about as often as it was in deficit. Some of the largest increases in the debt resulted from wartime spending, and in fact, there were large increases in the debt held by the public related to the Civil War and also to World War I. One hundred years ago, the national debt was $2.6 billion. By 1980, the debt stood at $909 billion and grew to $3.2 trillion by 1990. By the turn of the 21st century, our national debt was $5.7 trillion.
In light of these fiscal challenges, I was pleased to see President Barack Obama charge the National Commission on Fiscal Responsibility and Reform with the important task of reducing our medium term debt and balancing the federal budget.  I look forward to reviewing the commission's proposals.
At least one thing is abundantly clear about our fiscal condition: we must have a sensible tax policy if we ever expect to balance our budget and reduce our deficit.
Between 1945 and 1986, the average top marginal income tax rate was 76.9 percent, with a high of 91 percent during the Eisenhower Administration (1953-1961) and a low of 50 percent during the Reagan Administration (1982-1986).   After the 1986 tax reform efforts, the top marginal rate decreased to 28 percent (1988-1990).
The federal budget deficit and national debt increased dramatically during the 1980's, as President Ronald Reagan worked to cut income taxes and pursued an expensive military buildup that contributed to the demise of the Soviet Union.  As the Cold War ended, President Bill Clinton pushed for an income tax increase to balance the budget and pay down the national debt.  In 1993, Congress passed a budget that increased the top marginal rate to 39.6 percent (1993-2000), just slightly more than half the rate high income individuals paid during most of the 20th Century.  In 1998, for the first time in more than a generation, Congress balanced the federal budget and began paying down the national debt with "surplus" revenue.
In 2001, Congress passed a $1.2 trillion tax cut aimed primarily at the wealthiest Americans and allowed Pay-As-You-Go to expire.  As a result, the national debt doubled between 2000 and 2009, from $5.7 to $11.9 trillion.
We've seen the results of the 2001 and 2003 Bush tax cuts for the wealthy--record deficits and a tax code that encourages wealth stagnation rather than innovation.  Returning to the same failed policies of the Bush administration, which took our country from surpluses to record debt, is completely unacceptable.  Instead, I support cutting taxes for middle-class working families, seniors, and small business owners.
On December 2, 2010, I voted for H.R. 4853, the Middle Class Tax Relief Act of 2010.  This tax cut package would extend the 2001 and 2003 income tax cuts for families making $250,000 or less and individuals making $200,000 or less.  This would mean 98.1 percent of all New Mexicans will see their taxes stay level or decrease. It also includes a two-year extension of alternative minimum tax (AMT) relief, increasing the AMT exemption amount to $72,450 for families and $47,450 for individuals, protecting approximately 25 million Americans from the AMT.
I do not believe we should extend tax cuts for wealthy Americans when we have an alarming national debt, crumbling infrastructure, and troops deployed overseas.  Extending the 2001 and 2003 tax cuts for the wealthy would cost $700 billion.  Contrary to what some folks say and believe, these tax cuts do not stimulate the economy or increase tax receipts.  They merely create an incentive to stage taxable events within the window of time during which taxes are unusually low, giving the illusion of increased economic activity and tax receipts.  In most cases, this is simply robbing from future economic growth.
I am working to build a strong foundation for long-term fiscal responsibility.  We cannot continue enacting policies that we know from history will lead to deficit and debt, expecting a different result.
Again, thank you for contacting me.  For more information and additional details about legislation, please visit my website, http://heinrich.house.gov.  While you are there, you can also sign up to receive periodic updates on my work in Congress.
As always, I value your input and hope you will continue to keep me informed of the issues important to you.
Sincerely, Martin Heinrich Member of Congress 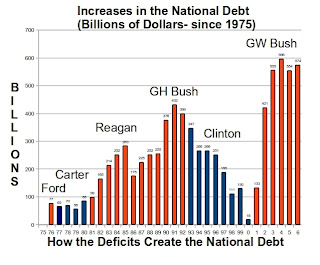