Two Glimpses of the Tea Baggers

MeanMesa understands that view of the tea baggers from our circles tend to be a little "lopsided."  Further, the major horde of corporate media fraud-pundits have elevated not only the likely population of these "arrested development cases," but also the "success rate" of the candidates they have sponsored, making "well rounded," factual conclusions about the "tea bagger effect" an elusive target, indeed.
So, where can we go from here?
MeanMesa proposes two interesting places -- each one a source for a view which many of us have not encountered, at least, directly encountered, very often.  The first of the two is a nice email from the tea bag command.  Please remember, real-life tea bags do not consider themselves pathetic "dancing puppets" of Dick Armey's plutocratic clients.
Here's their tea bag newsletter describing their next "courses of action" as they scramble to supervise the rewards of their work, all the while applauding the "great election victory," although actually rather modest, of their tea bag candidates.

Wednesday, December 01, 2010
FreedomWorks To Interview RNC Chairman Candidates Today
In a historic move, the Republican National Committee has invited FreedomWorks and Tea Party activists to interview and vet candidates who hope to become the next RNC Chairman.

Freedomworks will live-stream the event from 2-4 p.m. on Wednesday, December 1st. Click here at 2 p.m. to watch.

This is the next step in what we have termed the Tea Party movement's "takeover" of the GOP. It's an exciting opportunity to make sure that the grassroots activists play a key role in an open process to vet the candidates who want to be the next RNC chairman. This is the first time we know of in RNC history that an outside organization has been given such an opportunity, and it proves that the Tea Party movement has made an enormous impact on the Republican Party, and on American politics in general.

Our goal in participating is to give real grassroots Americans an opportunity to have input on who will be the next chairman of the RNC. You can submit questions for the candidates by sending an email to thale@freedomworks.org, on our Facebook page, or by using Twitter to tweet a message to @FreedomWorks

Don't forget to watch the event live from 2-4 p.m. today! Read More >>
"Down With Upton!" Petition Tops 27,000 Signatures
Fred Upton, once thought a shoe-in for the chairmanship of the House Energy and Commerce committee, has had his candidacy put in jeopardy by the Tea Party movement.

Bloomberg on FreedomWorks' Down With Upton petition:

Upton is "one of the least fiscally conservative Republicans in the House," said Max Pappas, vice president for public policy for FreedomWorks, a Washington group that says it advocates lower taxes and less government and is aligned with the Tea Party movement.

The group's "Down With Upton" campaign online has attracted 27,000 supporters and generated 1,000 calls to the steering committee, he said.

"This is part of a new reality," Pappas said. "People are tired of business as usual."

Please sign the petition and continue to put pressure on the GOP Steering Committee by making calls.
"Give Us Liberty": The Perfect Holiday Gift
Looking for a special holiday gift this year? Look no further than "Give Us Liberty: A Tea Party Manifesto".

This book, coauthored by FreedomWorks leaders Dick Armey and Matt Kibbe, highlights the brave citizens who launched the Tea Party movement and provides a behind-the-scenes look at how it all happened.

Want to inspire your friends and family to join the Tea Party movement? Show them the back section of "Give Us Liberty", where they can learn how to mobilize their very own Tea Party in the book's "grassroots activism toolkit".

Let your friends and family know how far this movement has come and where it's going next. Give the gift of liberty today!
The second of the two sources is an unusual one -- from deep within the Russian Federation, the editorial pages of PRAVDA.  At this point, it may be helpful to recall that Russians, generally, have very little affection for fascists, hence the less than glowing appraisal of the tea bag movement in America.

U.S.: who is behind the rise of ultraconservative Tea Party 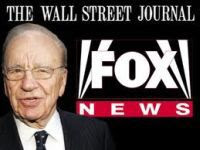 "Time for tea." This phrase used to evoke thoughts of English mansions, separate meetings of the British around a table, tea served in china cups securely by a butler named James. Not now.

Now the Tea Party comes to mind, the ultra-rightwing sector in the U.S., with a think-tank that spreads very ancient thoughts. It is called Liberty Central (LC), and to honor its name, proudly promotes bigotry, racism, rejection of abortion and gay marriages.

It is directed by Ginni Thomas, wife of Justice Clarence Thomas, a member of the Supreme Court, and is home to 54 "friends' groups," including the ultra-Catholic Tradition, Family and Property (TFP). An independent replica the TFP was founded in 1960 in Sao Paulo (Brazil) by the politician, journalist and writer Plinio Correa de Oliveira.


Pliny hated the French Revolution, Protestantism, Catholicism, liberalism, Marxism, of course, and believed that the Spanish Inquisition was the "most beautiful page in the history of the Church" because, while it lasted, "the Catholic Church had been purged of heretics."

The American TFP is not far behind: included in their friends' list are U.S. weapons owners - an organization that insists that every U.S. citizen should have his own gun or at least one gun - Project for the Sovereignty of Missouri - which advocates armed insurrection to overthrow the government - and 52 other members. They have always been linked with the radical right, including the International Freedom Foundation (IFF, its acronym in English).
The IFF was established in the Reagan years and is best known for supporting the apartheid regime in South Africa. But their activism has taken on other fronts. According to investigator, Richard Bartholomew, "the TFP had a role in the Brazilian coup d'etat of 1964, and there are indications that in Uruguay, explosives were received from the military attaché of the Embassy of Brazil to attack places where Communists met. The director of the Chilean TFP magazine, Jaime Guzman, became one of the ideologues of the Pinochet regime "(/ / barthnotes.wordpress.com, 25/02/2008). The same name was raised by Argentine Mario Amadeo and his most famous leader was Cosme Beccar Varela.


TFP / USA is dedicated, among other things, to recruit young people through means of curious practices like the militaries of the Middle Ages. In July of last year, they promoted a "call to chivalrous nobility" in a camp in Louisiana. According to the webpage of the group, "some new techniques were taught such as the use of the medieval sword and archery."


The fighting with sword props had great success as well as simulations of war in tropical rainforests surrounding the property. It is unclear whether these exercises were brutal nor did it specify the number of broken arms and legs during its implementation.


The Tea Party presents itself as a popular movement, but its sudden success would not have been realized without the fortunes of the oil billionaire David H. Koch or Rupert Murdoch, owner of vast media empire, Fox News Corporation, which controls the group of channels Fox and Sky, the daily newspaper, The Wall Street Journal, The Sun, Times. They also supported some 150 candidates from the extreme right in the recent U.S. election.


All of them oppose abortion, some even in cases of rape. They particularly want a tougher policy on all levels, more market freedom, lower taxes, reducing the powers of government and the federal budget. Sharron Angle, one of these candidates, demanded the abolition of the Department of Education and the Environmental Protection Agency.
The support of Tea Party candidates was not only from the media. Koch, who has a personal fortune of $3.6 billion and owns with his brother Charles the megapolis Koch Industries, with annual revenues estimated at 100 billion dollars (30-8-10, The New Yorker), earmarked huge sums of money through The Americans for Prosperity Foundation, which he chairs, and Freedom Works that it finances which funds the election campaigns of candidates of the Tea Party. All are under the Republican flag and can imagine being part of an internal struggle for control of the party.


The former judge and pastor of the New Millennium church in Little Rock, Wendell Griffen, well defined the ideology of the Tea Party: his "patriotism" is "a constant attack on the idea that the U.S. welcomes people of any nationality, creed and ethnic origin. His subliminal white supremacy is an old cancer of the country, never eliminated, because in all periods of U.S. history politicians have had to win the support of the white majority" (ethicsdaily.com, 1-11-10). Economic crises give rise, sometimes, to expressions of populist movements, and not all are on the left!


* Juan Gelman is a poet and journalist in Argentina
Translated from the Portuguese version by:
Lisa Karpova
Pravda.Ru
Posted by Chad H at 11:35 PM