The New Egypt - What's To Be Done With the Billionaires?

Some Advice for Egypt From A Poor American
This is the first of a series of posts on economic issues following the revolution.
See also (link here): The Next 12 Months -- Egypt's Path Forward: Elections
Virtual libraries of classic economic theory are already available in both Cairo and Albuquerque.  Some have demonstrated a promising "track record," and others, given time, have exposed themselves as really, really bad ideas.  Naturally, both American pundits, anxious to make some compelling point, and  the citizens of a new, revolutionary Egypt, facing the daunting task of defining the new democracy's new economic principles,  are attracted to the overly convenient possibility of simply "adopting the names" and "shoe horning" some ready made economic ideology into the unique conditions of the place and the moment.
Although MeanMesa has no particular appetite for competing with the likes of Keynes and Marx in promoting some poor fitting economic theory from a decade or a century ago, there may be some benefit to be gained from a very "pedestrian" comparison of Egypt's new possibilities with a few of the American mis-steps currently vexing our own nation.  Like warts on a baby, these political-economic constructs have insinuated themselves into our US domestic ideas with a troubling durability, a difficult permanence now being revealed as we are faced with the task of "undoing" them.
As far as any validating credentials might go, MeanMesa openly admits to the following two:
1. An income from US national Social Security which is significantly below what is defined as the "poverty level" here in the United States, and,
2. An abiding interest in observing the economic realities of the US as they are, that is, often in contradiction with what they are commonly accepted to be when  compared to the unexamined, traditional social myths in the minds of Americans.
So, rather than propping up any pretension to be lecturing to a hall filled with economics graduate students, let's look at a few "tips" which might prove to be more akin to a friendly chat with one's grandfather.
A final, introductory note:  The little graphic effort in Arabic,

scattered through this post, is meant to mean "extreme caution."  Admittedly, MeanMesa's fluency in Arabic has suffered a slow death from decades of non-use, so please forgive any unintentional translation problems.  It's the thought that counts.
Some "Not So Academic" Thoughts From Grand Pa
Let's look at a few "thought points" which seem to come to mind.  Remember, these are things to consider, not "instructions" about what to do.  The "what to do" question is an Egyptian one which has no legitimate place on a zany little foreign blog. 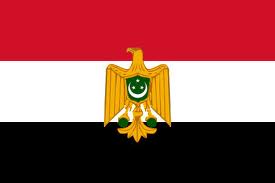 Class War May Smell Delicious, but...
It doesn't require an endless sea of compassion to understand why Egyptians might have an appetite for outright class warfare against the oligarchs who have enjoyed "every business privilege" possible during the recent autocracy.  Just like the US, Egypt has a "bumper crop" of well fed billionaires.  This bunch causes just as much mischief here as they do in Cairo.
At first glance, it seems to be the incredible wealth these oligarchs have amassed which has caused the problem.  Of course, the wealth is part of the question, but the even worse effect of having such gangs running loose for so long has to do with opportunity.  They have not only schemed to control immense illicit  wealth, they have also schemed to protect those "wealth producing" mechanisms by scheming to protect their illicit opportunity to make even more.
"Illicit opportunity?"  Yes.  Legitimate wealth comes, in a general over view, from innovation, invention and efficiency.  Illegitimate wealth may include bits and pieces of these qualities, but in a larger scheme, it actually profits because it "games the system."  In the US this means that when "research and invention" money is diverted to "campaign contributions," the "return on the investment" becomes extremely attractive.  Egyptians already know this story -- in spades.
After a while, no market remains able to "correct" itself while buried in layers of such corruption.  The benefactors become so established that competition becomes impossible.  Billionaires, corporations and oligarchs like it that way.
Although Egypt has been in this feudal economic state for so long that it may seem normal to many, it is a mistake to think this way.   Dreaming is not optional. Egyptians are just as industrious and ambitious as any one else.  When this mind set is placed to one side, when the feudal hierarchy is replaced with a "level playing field," prosperity becomes an everyday, normal expectation -- for everyone willing to try.
Come on.
Isn't that a bit "flowery" as predictions go?  Nope.  Both Egyptians and the rest of the world will be shocked at how fast and how deeply prosperity can spread if things are done well.  The MeanMesa phrase which comes to mind is prosperity like "spring dandelions in a cabbage patch!"
Guillotines, Regulation and Tax Policy
Guillotines
So, how can Egypt get from the "Mubarak" economy to something that actually works for the "rest" of Egypt?

Although the French Revolution's guillotines may seem attractive, when cooler heads prevail much better alternatives emerge.  Mobs looting mansions and street corner lynchings might seem like a good idea, but there are better choices with better future outcomes -- and, not outcomes just for the billionaires, either. Outcomes for Egypt.
Because of the revolution, those "better choices" have now become real possibilities and should be strongly considered.  However, this is mentioned here because the "other side" is extremely well practiced in subverting such attempts.  The "founders" of a New Egypt have to be very careful to keep these ideas front and center as they gradually form the new economic structure for the country.
It's not only the money which must be removed from the pockets of these billionaires, it is their illicit stranglehold on opportunity.
However, as we concentrate on the money, we can divide the question into two parts:
The immediately obvious cases of criminal enterprises -- blatant corruption, bribery, extortion and the like -- acts which can be investigated and prosecuted under existing law.  Retroactive or post dated laws are probably going to create more dissent than convictions would be worth in money or in justice.
The future plans to continue the same style of criminal acts as soon as illicit influence can once again be restored in the new government.  These crimes were only profitable before when they could be conducted "under the cover" of the government.  The folks who benefited from them are already planning a "come back" as soon as they can be made "safe" again.

On this second matter, the "poker game" of representational democracy begins.  Will the people elected to the new government succumb to the inevitable assault by these "old captains of industry" when the "quiet money" begins to flow again?  This is the "terror of the moment" when it comes to getting and maintaining a democracy right where this same crowd used to call the shots.
Regulation
In the US, citizens gradually lost sight of this responsibility for constant vigilance.  While the US electorate wasn't paying enough attention to matters in Washington, D.C., American billionaires gradually insinuated themselves deeply into the Congress and, in one recent case, the Presidency itself.  Assumptions about the trustworthiness of US federal regulatory agencies turned out to be incorrect.  Assumptions about the idealism and democratic commitments of public officials turned out to be equally unfounded.
The New Egypt faces this same threat, only with even more grave consequences.  In the US, voters still had the idea that these wrongs could be corrected.  However, in post revolution Egypt, this development can shake the faith of everyday Egyptians that a trustworthy government is even a possibility.
Much of this can be resolved as the new government begins to pass laws which both regulate the business interests and make the activities -- and bank accounts -- of elected representatives absolutely transparent.  Grand pa's advice is to "beat this horse to death," that is, err on the side of over regulation and transparency rather than on the side of less.
"Sunshine is the best soap to remove stains."  Last time MeanMesa looked, Egypt now has plenty of sunshine -- more than ever.  Very few valuable things must be done in the dark.  Also, very few of the legitimate things that a government must do are so complicated or sensitive that the people can't be told about them.  All about them.

It's always easier to relax regulations on businesses and legislators than it is to increase them.  The reason it's easier is because these regulations usually only  increase after everyone realizes that they weren't strict enough the way they used to be.
This idea also applies to what we call "lobbyists" in the US.  At the time of this posting, lobbyists and special interest groups are practically in charge of the day to day decisions of the both US and state governments.  It is a serious mistake to assume that these same types of "influence salesmen" won't be clustered around Egypt's new government the very same day the doors are first opened for business.
Be ready for them.  No candidate should be able to win an election without a convincing promise to fight against this.

Tax Policy
Carefully enforced tax policies represent the best on-going guarantee that the billionaires won't simply take over again.  Here we can present a bit of US history.
Right now, the US is under a mountain of national debt.  Once a few thousand "reasons" and "culprits" are stripped out of the mess, the conclusion is simple:  the country was simply not collecting enough taxes.  The tax rates for corporations and billionaires went down, and down, and down -- to their lowest rates in half a century now -- thanks to the influence these folks had in the Congress.
We Americans are now supposed to be astonished that the country doesn't take in enough money to pay its own way without borrowing.  A central feature of this is straight out corruption, but that idea may need to be broken down into a few other, smaller parts.  MeanMesa intends to address those in another post.
The point here which pertains to the new Egyptian government is Grand Pa's advice to keep taxes simple and uniform.  A progressive scale where the tax rate increases as income does is probably something to consider, but perhaps the most important idea is that everybody pays their share.
The top 300 US corporations in the US paid no income taxes this year.  Zero.
Although this didn't happen overnight, it still happened.  The new Egyptian government enjoys a rare opportunity to prevent a similar thing.
As mentioned before, tax policy includes lots of details, but MeanMesa will look at the biggest issues when we revisit this topic.  Nonetheless, now is the time to start carefully considering how these laws will be written once the Constitutional process takes control of the country.
So, do some "big picture" thinking while the country prepares to start governing itself.  Until then, best wishes from MeanMesa!
Posted by Chad H at 12:11 PM