American Oligarchs and Their Policemen 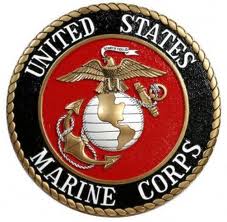 http://rt.com/usa/news/us-sergeant-thomas-people-639/
Memo to Mayors, Police Chiefs and Policemen
in Occupied Cities
Watch the video.  You may not have seen any of this if you habitually watch Fox News or even some of the corporate media. So, watch it.  Now.
A quick check with YouTube at the time of this posting shows 2,700,000 viewers for this video.
MeanMesa would like to suggest a couple of things for your consideration.
First, there is an unmistakable, inner decency in the eyes of the policemen directly closest to Sergeant Thomas.  You may consider this visage to be counter to the image you were hoping to create in the faces of the policemen you ordered to attack the Occupy protesters, but MeanMesa thinks that perhaps you should get used to it.

Why is this memo directed to you in the first place?  In fact, who, exactly, is the "you" we're talking about here?

"You" are the folks in charge of responding to the Occupy protesters in your city.  "You" are the ones who got the phone calls from the "very best quality, very most upstanding citizens," telling you to do something about the mess that the highly visible Occupy groups have made -- right out on the curb where everyone driving by can see them.

It's time for "you" to think about whether or not what "you've" been doing -- the orders "you've" been giving to the police -- are really a good idea given the reality of "your" local politics.  It's time for "you" to size up just how much of "your" political career and political responsibilities "you" are ready to bet "your" job on what Sean Hannity is saying about "your" local constituents down there in the local  Occupy.

There may be a time in the future when the votes cast by  those "very best quality, very most upstanding citizens" who called "you" on the phone can overwhelm the votes cast by all the other people living in "your" city, but that time hasn't come yet.

That time is probably not coming before the next local election, either.  Meanwhile, "you" should count on the Occupy bunch showing up like starving hedgehogs headed for the bramble berries in that next election, not to mention all of "your" constituents who are quietly nodding in agreement with the protests.

The radio knobs are slowly turning away from FOX.  If  "you" doubt that politically, review the nation-wide election results from the mid-term balloting this week.


Things Are Going To Get Worse For "You"
There's a "new sheriff" in town -- most likely, thousands of them.  Worse, every one of them is going to vote in "your" next local election for mayor or police chief.  Worse again, they are all going to be thinking about whether or not they want their mayor or their police chief to be acting this way, giving these orders.

Since "you" have adopted an essentially military policy to suppress the Occupy, a few military similarities are relevant.  Rebels such as those in Aceh Bendi and Eastern Pakistan always wait for good spring weather before continuing.  On the other hand, famous Russian generals such a Zhukov exploited winter's harshness to host their famous counter attacks in WWII.


With respect to the Occupy protesters, winter will be kind to "you."  Spring, on the other hand, won't be.  It's not surprising that "you" have decided that reactionary suppressions will be best conducted under the frigid cover of dwindling protest populations.


MeanMesa is sure that "you" are presently inebriated by the historical possibilities of simply "waiting them out."  In a dream, all this will devolve to a toothless anecdote if "you" just "hold the thin blue line" for a few more months.


Now we can return to Sergeant Thomas.


By spring time 40,000 more "Sergeant Thomas" types will have returned from the Bush Oil War in Iraq to a jobless homecoming.  An unusual "blending" is fated to occur by sheer proximity between the returning soldiers and marines and the Occupy folks.  Sergeant Thomas will be on the front lines everywhere.


Worse, when the warm spring rains begin to fall, the millions of Americans without jobs, with evacuated pension and 401K accounts and with underwater mortgages will still be there, this time even more invigorated by the hubris of "your" local supporters and their anti-democracy, federal leadership.


The memory of "your" anti-Constitutional winter suppression at the hands of fully festooned riot police facing unarmed American civilians will still be fresh.  Some of the Occupy "criminals" who were denied their right of free assembly will still be limping and wearing bandages from "your" violent, winter "restoring order festival."

Returning to the military similarities, all the world is, at the time of this post, waiting for the inevitable fractures among the murderers masquerading as "security forces" in Syria.  "You" are likely to have this same problem.  "You" and "your backers" haven't been treating policemen any better than anyone else through this winter of attacks on unions, reductions in benefits and, of course, the insults.

So, MeanMesa can offer the following advice to "you" mayors, police chiefs, and city councilmen with such a remarkable appetite for "order at any cost." Eat well.  Get plenty of sleep.  Think about looking for a job.