Our Kind of Debate Moderator
The tidal flow of Republican debates have tarnished the concept of debate just as much as they have soiled the Republican candidates.  MeanMesa has cringed while carefully selected "moderators" have pitch softballs one after another like the ball machine in a batting cage.  On the rare occasions when an "ever so slightly less than soft" softball is issued, reactionary GOPCons begin either pitiful whining about media unfairness or suddenly violent attacks on the moderator before they even began to answer.
Of course, much of this soft treatment can be attributed to the ownership of the various media networks whose editors have supplied the debate moderators -- and, apparently also held the "last word" on which questions will be allowed.  The questions have revealed almost nothing about a candidate's plans or policy, and the debates have, predictably,  careened fecklessly into cameo speeches delivered when the question and the cameras select the next ideologue.
Exaggeration?


Think back.  Have you heard Republican Presidential candidates debate the details of a single policy issue amid the endless ideological rhetoric and the buffoonish jeers of an audience populated, apparently, solely by hill billies from their base?  The worst feature of the charade is that this "audience" of theirs seems quite satisfied with the non-answers and the blood soaked red meat.
Not all conservatives have fallen for the dope.  For example, PBS NewsHour viewers have seen the quiet horror on David Brooks' face even while he tries gallantly to at least sustain some vestige of a serious grimace.
MeanMesa isn't satisfied with this lack luster pretense for politics either. However, while not much can be done to elevate the quality of the GOP candidates, the quality of the moderators' question can be improved significantly. This post will pose just a few questions MeanMesa would ask the Republican candidate in a Presidential debate.

MeanMesa's Questions as Moderator
If the Presidential debates are to be elevated political discourse above the dismal level of the Republican Primary debates, moderators will have to ask better questions.  It seems that the quality of debate moderation to date has been severely limited to very comfortable questions, questions carefully crafted to avoid any particular reference to the last Republican administration.
MeanMesa feels that this is the wrong approach, in fact, not just wrong, but desperately dishonest.  The 2012 Republican candidates will either be "more of the same" or "something different."  Assuming that the "something different" label will be the more politically appealing of the two, it's quite reasonable to ask the GOP candidate how he is different and why he has changed.  It is also quite reasonable to ask him why voters should believe that he has, actually, changed.
Of course, there are hundreds of questions which could be posed, but here, let's just take a look at a few of them.  These are not "gotcha" questions, but they are pregnant questions.
"Pregnant questions?"
Yes, they are pregnant questions because there is a fetal truth in them somewhere, yearning to be born.  On national television.
1. Budget
"During the last Republican administration, we saw the national debt increase by roughly $7 Tn dollars.  About half of this increase resulted from the Bush tax cuts, and much of the rest resulted from simply borrowing money to pay for the wars and Medicare Part D instead of collecting adequate revenue."
"As the next Republican President would you continue with that last policy, increasing the national debt even more?"
Two "follow up" questions:
"Do you consider the spending cuts proposed by the Republicans in the House which have no particular connection to those causes of debt to be the best way to pay back that Bush debt?"
"Are you a different kind of Republican with a budget philosophy somehow different from the last Republican administration?   If yes, how are you different?  What caused you to change from the Republicans in the recent past?"
2. Elections
"A good number of red states have enacted new voter registration requirements although there is no evidence of voter fraud to justify them.  Millions of voters who were able to vote in the last election will now require additional identification to vote in this election, and current estimates are that up to 3 million will not be able to meet the new requirements."
"Will your administration continue the recent work of state Republicans to make it more difficult to vote?"
Two "follow up" questions:
"Many Americans are concerned that in Iowa and Maine the results of the Republican primaries, elections controlled by the Republican Party, were erroneously reported.  Should Americans be confident that the results of the  national elections will be accurate?"
"Notably, the results of Republican electoral victories in 2000, 2004 and in 2010 were irregular.  As President will you work to restore voter confidence that US  elections are fair and honest and guarantee that legal voters have full access to voting?"
3. Making War
"Current public opinion polls suggest that most Americans are now dissatisfied with the previous administration's conduct of the wars in Afghanistan and Iraq. Many voters are no longer confident with the Presidential leadership of these war efforts during the Republican Bush administration, feeling that they were not well justified, not effectively managed, far too long, far too expensive and producing indecisive outcomes."
"Do you agree with this opinion?  What changes would you implement in war making as the Commander in Chief?"
Two "follow up" questions:
"Do you think that, because they were not paid for, the borrowing to pay for these wars was an avoidable part of the present national debt?"
"The previous Republican administration made the threat of a nuclear strike, if necessary to pre-empt the Islamic Republic of Iran from building a nuclear weapon. During the Republican debates, all but one of the candidates spoke of a willingness to stop an Iranian nuclear capability. If the use of nuclear weapons were the only means to destroy hardened  Iranian weapons facilities, would you as Commander in Chief authorize them?"
4. Citizens United
"This is the first national election after the Supreme Court decision in the Citizens United case.  Because of the ruling, large amounts of PAC money have entered the political arena which would have been illegal before the decision.  Do you think that this change in election financing laws has helped your campaign?  Do you think that this Supreme Court decision has been a benefit to the American democratic process?"
Two "follow up" questions:
"If you, as President, were to support election finance reform, what would your goals be in such an effort?"
"Do you believe it would be Constitutional for the Congress to pass laws which would vacate the Citizens United decision?  Would you sign such a law should it come to your desk in the Oval Office?"
And If the 2012 Debate Questions
Are Just More Corn Flakes? 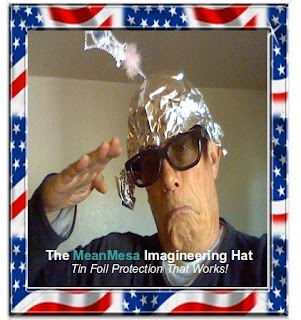