One of the "first shots fired" over the bows of the rapacious health insurance corporations during the earliest days of implementing the Affordable Care Act -- known as "ObamaCare" -- was the "extraction" of what the insurance industry marketers call "Medicare Advantage" or "Senior Advantage" HMO coverage.

While the various names of the programs may have an alluring appeal, each hinting at all sorts of additional services and opportunities for insurance clients on Medicare using a particular HMO, these programs were exceptionally popular with the corporations who were charging 15% of so over the "going price" of basic Medicare to supply them.

The reason for that unusual corporate "popularity?" 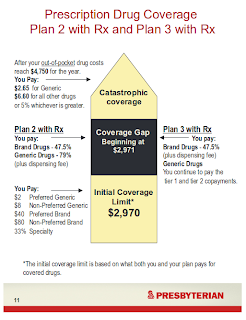 It's hardly a tough question.  The "additional services" offered for that 15% increment to the base line costs of Medicare could be provided at an astounding profit.  Those services were cheap.  Yes, they could be advertised flamboyantly, but the corporation's costs of actually providing them was peanuts compared to the price being charged.

They were programs carefully designed for a confusing geriatric "bait and switch."

Before you toss this post as "sour grapes" borrowed from some Internet rant, be advised:  MeanMesa has one of these plans.

In New Mexico -- host to MeanMesa's Galactic Headquarters for Short Current Essays -- the shortage of actual health care is immense.  If an elderly New Mexico resident doesn't wind up with a Medicare Advantage type health insurance program,  he will be waiting months to see a doctor.  Worse, the doctor who finally sees him will not be "just any doctor," but instead, a doctor who will agree to provide services for compensation at the subsidized rates. 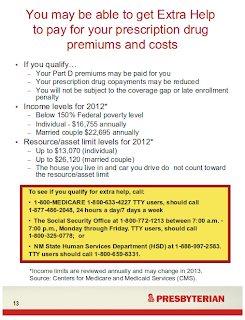 Medical care, in general, has "developed" in New Mexico along roughly the same lines as elsewhere in the United States, but, remember: "New Mexico is the poorest state in the union."  This means that there are not only lots of patients who can't afford medical care -- or medical insurance -- at all, but also that the state has a corresponding shortage of doctors.

It is quite understandable that an M.D. graduate, already staggering under student loans, insurance and other operating expenses, would be reluctant to "set up shop" in a place where most patients can't pay for service.  Yes, there are all sorts of government subsidies and other programs to compensate doctors treating the poor, but this kind of compensation is hardly competitive with possible earnings for practices in regions bustling with corporately insured "paying clients."

As a consequence, even for a plan "member" who has a Medicare Advantage plan, the wait time for seeing either a general practitioner or a specialist can be long.  There are not enough medical professionals in the state to service the demand -- in some cases mortally long -- a clear consequence of the systemic poverty here.

The Democratic authors of the Affordable Care Act could spot a scam when they saw one.  It's clear now that they were, in fact, looking for scams -- money burning "gizmos" which had been patiently and quietly insinuated into the existing health care insurance corporations' business plans.

The Medicare Advantage scheme embedded itself in HMO health coverage policies offered by a majority of the big insurance corporations all across the country including America's famous "not for profit" providers.  The 15% Medicare Advantage "surcharge" for seniors who enrolled in it could be painlessly added to the monthly Medicare payment automatically deducted from Social Security benefits.

However, the "advantages" provided by the Medicare Advantage policies are sketchy at best -- precisely the reason the legislative ACA authors decided to "pull the plug" on federal funding for it.

The GOPCons instantly seized this opportunity to synthesize incendiary talking points for their low information base, claiming the law's provision amounted to "looting Medicare to pay for ObamaCare."  The hill billies and racists in the Republican base had no problem adding this to their list of "Obama-phobic," faux moral outrages.

Perhaps even more enticing to them, the lie was simple enough to not only understand, but repeat.

MeanMesa still experiences a remorseful pathos when other people tragically embarrass themselves by repeatedly and energetically parroting manufactured falsehoods -- even if they are tea bags. In this case the well designed paralysis behind those intentionally created misperceptions turns out to be much less durable than its instigators had hoped.

Every day the Affordable Care Act web site attracts millions of Americans searching for relief from the abuses that the health insurance corporations have been transforming into corporate profit at their expense.  After a painfully long hiatus, the old "free enterprise" adage, "voting with their pocket books," has finally been resurrected.  The decades long spell which has allowed these corporations to become the dynastic consumer bullies we see currently has been broken. 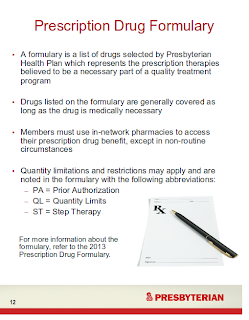 Ironically, they have become the victims of real, actual, material market competition.  Now, morbidly obese from their monopolistic past gluttony and corporate largess, they are simply dying of old age if not morbid obesity.

The "Camp Follower" Advertisements Tell It All


Now we see a glacial flow of HMO advertisements, each one touting the "advantages" of the corporations' prohibited Medicare Advantage plans.  These insurance scams have been "tweeked" into a ghostly sort of peripheral legal compliance with the newly implemented provisions of the Affordable Care Act, but the brutally mutated progeny is not pretty.

There are still the "rubber chicken" member forums where seniors sit at long tables to hear marketing directors emote about how much the corporation "cares for each and every one of you."  However, not too far below the glitzy surface of these affairs is a growing realization that the deal may not be that sweet after all.  Some of us at this age are still quite competent to conduct our own comparison of the cost versus the "advantages."

An example can be seen in MeanMesa's own "Senior Advantage" plan.  The corporation has installed a modern gym [on the other side of town] where seniors can attend exercise classes. In Albuquerque there are city run senior centers offering essentially the same facilities and services.

Toward the end of a prolonged physical therapy regime, it was suggested that these old bones should trundle out to the " Silver Sneakers" facility for some exercise therapy.

While the place was elaborate -- and provided as a free benefit of the Senior Advantage package -- it was immediately clear that the value of the program's "cost per senior" didn't actually make sense.  The reality of the full color, glossy photos of the "Silver Sneakers" in the promotional brochure were cast in a somewhat less glossy light right away.

The advertisement frenzy is ample evidence that the new provisions of the Affordable Care Act have begun to bother these previously "free range" corporations, that is, the ACA's provisions have begun to disrupt the corporate business plan for things such as "Silver Sneakers."

Instead, MeanMesa would like to be able to see a dentist or get eyeglasses.

When this health care provider starts offering services and benefits like those,it would be a real "Senior Advantage."